Film screening in the biggest auditorium in town on a huge screen with a fantastic state of the art sound system. Tickets £10 Adv, £15 on door. 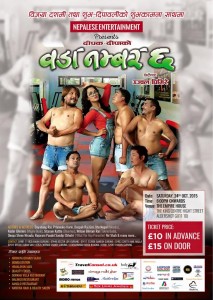 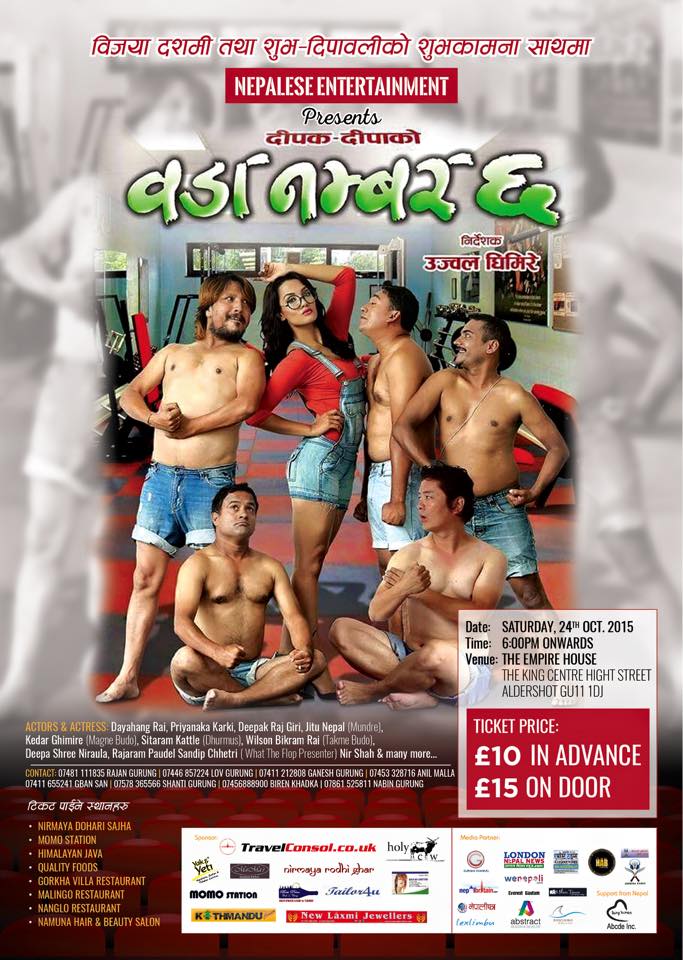 WADA NO 6 (CHA) has already turned out to be a huge success with cinegoers in Nepal and the film is hoping to create the same effect later this month in Aldershot. The comedy stars some of Nepal’s most loved comedians including Deepak Raj Giri, Jitu Nepal, Sitaram Kattel, Kedar Ghimire, Wilson Bikram Rai, Dipa Shree Niraula and actors Dayahang Rai, Shivahari Poudel, Kishwor Khatiworda and Priyanka Karki. The film by Ujwal Ghimire will screen at Empire on Saturday 24th October from 6PM onwards. Make sure you save £5 and buy the advance tickets at £10.